There’s something about autumn in central Texas that has me make a point of capturing photos of the fall color. Finding fall color here can sometimes be elusive. But I have great memories of fall color when I lived in the northern midwest and it’s a favorite season so I do take notice when I see any great displays of fall color around here.

The last time I posted about our Austin fall color was in 2018. I don’t remember if last year was just really busy or there just wasn’t much to take notice of. But this year, despite how much of a dumpster fire that 2020 has been, we’ve seen some really nice displays of color since early November.

Right now, the oaks are putting on an excellent display of color and I’ve made a point while out on my bike or while out walking to snag some photos. All of these photos were taken within biking distance of my front door.

Spring arrived here in Austin weeks ago. The Bluebonnets and enumerable other wildflowers are and have been in bloom for weeks. The Live Oak leaves are fresh and bright green again and their old leaves are being blown or have been raked into piles and carted off.

That means that hot weather will be upon us in short order. You can sense it like a freight train coming around the bend. It may not be “Summer” here yet but hot weather is just around the next corner.

It has been sultry through the weekend and into the early part of this week. The breeze has been from southeast and temps have been near 80 and while not ‘hot’, it’s just warm enough and different enough to feel uncomfortable at times – particularly when at this time of year we tend to shut off both heat and AC and just open the window(s).

So it was very pleasant today to have a front blow through with a little rain late in the afternoon. I got home in time to throw open windows and door and let the low 60s temps flow in. Wonderful!

I snapped the photo included here out the back soon after getting home. We may get some more rain overnight. The skies sure looked like it. In the mean time, you can’t beat the cool breeze coming out of the North right now. A breath of fresh air. 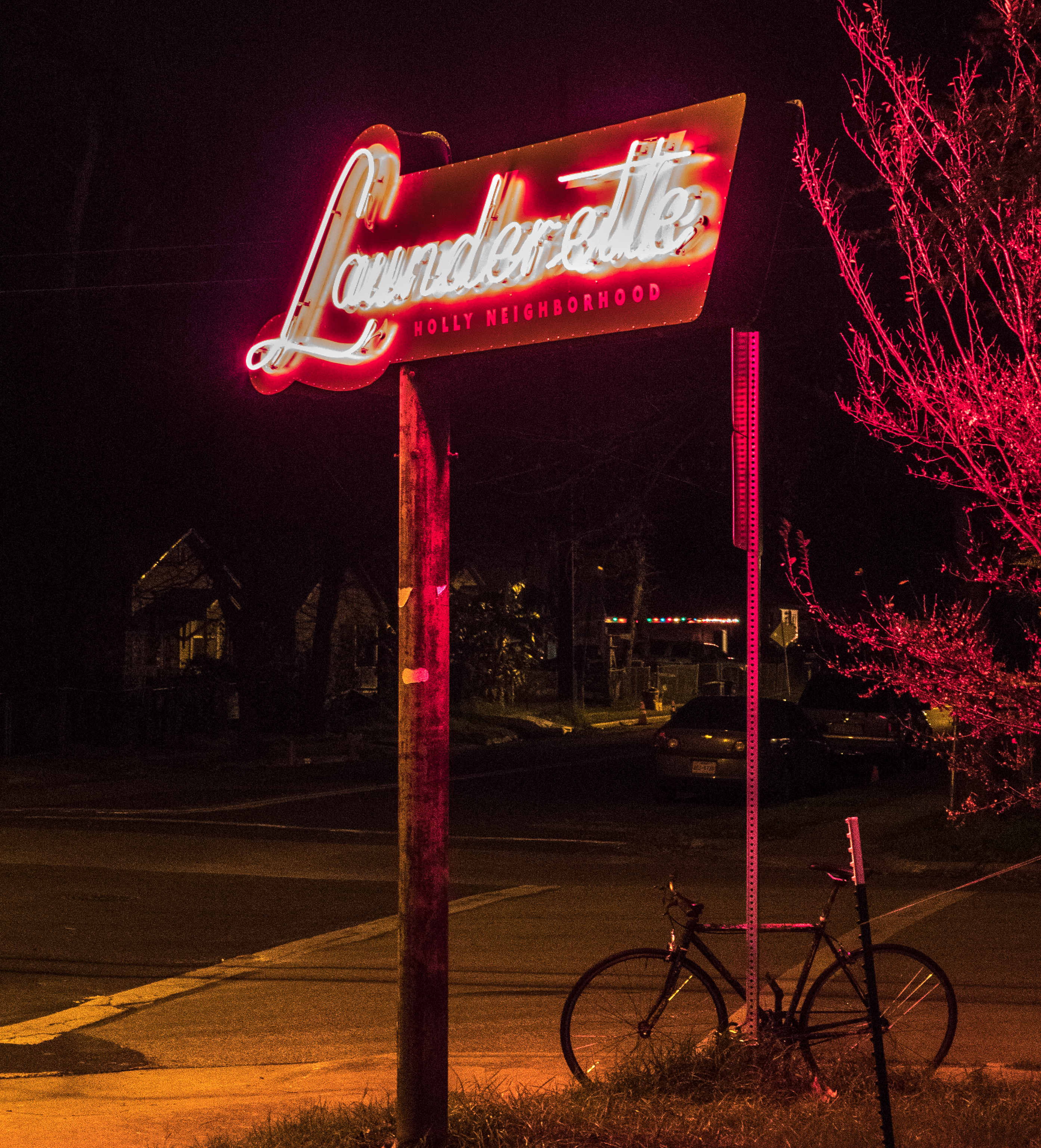 I’ve been wanting to try out Launderette in Austin for some time. Nothing really stopping me other than taking time to actually plan because the place is routinely booked up. And I can now see why.

For a change I touched base with someone at Launderette much earlier than I typically would and arranged for a table for New Year’s Eve. Having never been there I suppose it might have been considered a gamble on whether it’d pan out but reviews have been good.

Suffice to say everything – including the service and new year party atmosphere – were fantastic.

Ok, on to my notes. I snagged the menu off the website and I’m glad they had it there so I didn’t have to type it in. Let’s get started…

I can have a salad anytime – and I make a good salad – so that was out as 1st choice. And I’m sure the French Onion soup would have been great but we went for things we wouldn’t normally find: the rabbit and the mackerel crudo.

The rabbit terrine was sort of like a pâté. Not entirely spreadable but close. Excellent flavor and particularly with the Langhe Nebbiolo we chose to go along with the meal.

The mackerel was a much smaller portion and indeed raw but it packed a punch. It was very spicy but in a good way.

Here I went with the truffled Gnudi. Had no idea what Gnudi was but the waiter helped and I know I like truffles and how can you go wrong as anything billed as a little dumpling? Click the above link for more on what Gnudi is.

We opted for the duck breast and short rib. Both were absolutely fantastic. Might be the best short rib I’ve ever had.

Neither were large portions but they were just enough. When the time came though, we were ready for the:

Great way to bring in the new year and I’ll be headed back at the first opportunity. Photos here are a couple I took of neon sign out front and a shot of the restaurant from the parking lot. The place was literally a laundromat prior to its current state as a restaurant and I guess you can kinda tell that from the look. It’s had quite a transformation into a restaurant though.