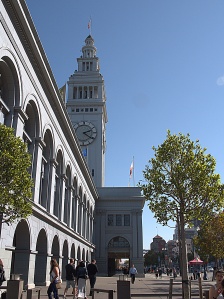 It’s rare when I visit San Francisco for anything other than work-related stuff. But I’m in the city now with very little agenda. I’m walking and biking around and grabbing a bite/drink as the mood suits. Maybe a little shopping. Sure, I’m a tourist I guess. Granted, I’m pretty localized to the Nob Hill, Financial District, North Beach, Chinatown, Wharf and Union Square areas. At least so far.

Maybe it’s because I have so little agenda that I’m walking slower but man do the locals seem to walk fast. I don’t think I’m known for walking slow. Certainly not among my coworkers. Or maybe it’s Austin folks. Whatever it is, they’re moving fast. A small woman walked past me yesterday morning. In short order she was half a block ahead of me. Not an isolated example. No surprise, there are more people on the street than in Austin – at any time other than SXSW – so maybe it’s just the law of averages.

Austin has it’s share of odd people, and we’re proud of it. But San Francisco is doing it’s part to keep up with Austin in this department. Clearly not my first visit to San Francisco and not the first time I have observed a few odd people walking the streets. It was readily apparent even when I was a kid visiting in the 70’s. I wondered then and I still wonder about their circumstances.

Many of those fast walking folks I mentioned above are, naturally, toting mobile phones. Nothing new here obviously. In Austin we complain about drivers messing with their phones while driving. They weave around like drunks. Same here, but they’re walking with the phone up to their face. You have to watch out for them because they’ll walk right into you. Phones, phones, phones. We’re addicted to our phones. I’m just as guilty – though I do try to stop walking before reading the next email. Ok, maybe once or twice…

Update: have to add car horns to my observations. Second only to New York and Boston I think. There are lots of impatient drivers here. Block someone for a few seconds and they’ll be on their horn. 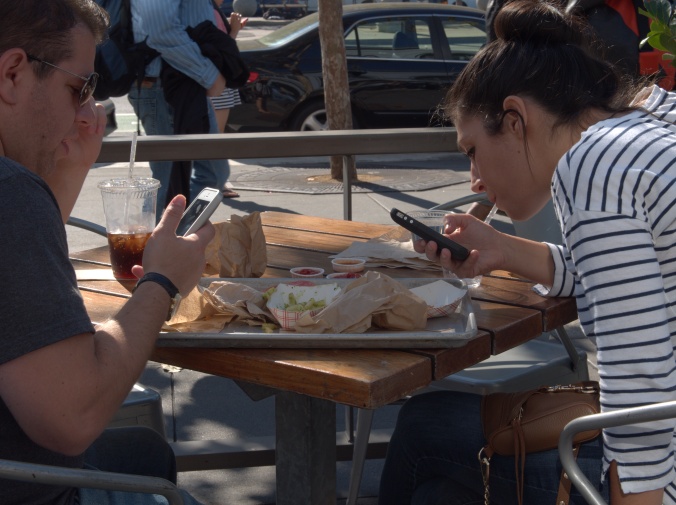